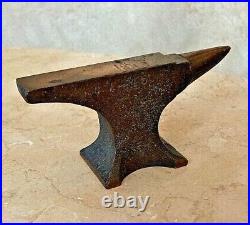 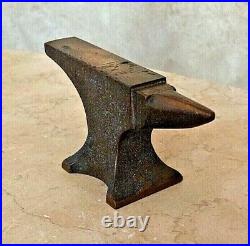 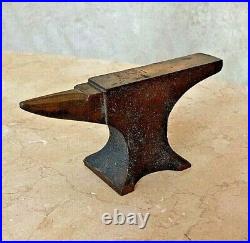 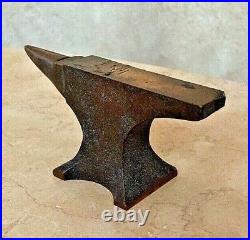 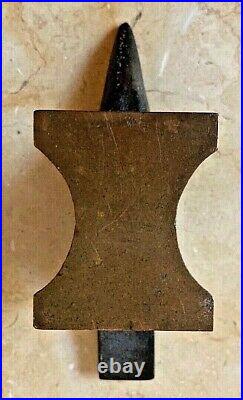 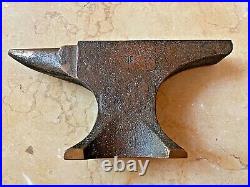 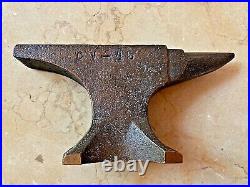 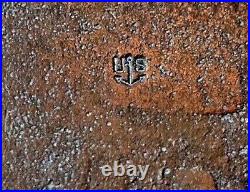 NAVY MARKED MINI BRASS ANVIL from AIRCRAFT CARRIER U. CONDITION IS FINE AND UNCLEANED (USED) WITH SOME LIGHT OXIDATION ON PART OF SOME OF THE BUTTON SNAPS. LENGTH 4 3/8″ x HEIGHT 2 1/8 x WIDTH 1 1/2″. FORGED SOLID BRASS FROM A PART OF THE AIRCRAFT CARRIER U. STAMPED ON THE LEFT SIDE LOOKING AT THE POINT: CV-45. STAMPED ON THE RIGHT SIDE. SIDE LOOKING AT THE POINT. U (ANCHOR DESIGN) S. UNCLEANED CONDITION AND EXTREMELY FINE WITH SOME LIGHT USE ON THE TOP. VALLEY FORGE – (CV-45) FIRST IN PEACE – FIRST IN WAR. USS Valley Forge was one of 24 Essex-class aircraft carriers built during and shortly after World War II for the United States Navy. Was built at Philadelphia, Pennsylvania, after a war bond fundraiser there. In 1947, she transferred to the Pacific fleet. She was the only aircraft carrier in the region when the Korean War broke out in June of 1950. She served four separate combat tours during the next three years. In October 1952, her hull number changed to CVA-45. In January 1954, she was re-designated as an anti-submarine support carrier. This changed her hull number to CVS-45. With this change, she moved into the Atlantic and served the next few years there. This changed her hull to its final form of LPH-8. She was stationed in the Pacific carrying helicopters for Marines. From 1965 through 1969 she worked supporting combat operations during the Vietnam conflict. The item “ORIGINAL- WW2 US NAVY MARKED MINI ANVIL AIRCRAFT CARRIER USS VALLEY FORGE CV-45″ is in sale since Saturday, July 31, 2021. This item is in the category “Collectibles\Militaria\WW II (1939-45)\Original Period Items\United States\Tools & Hardware”. The seller is “topcat2001565758590″ and is located in New York, New York. This item can be shipped to United States, all countries in Europe, Canada, Australia.